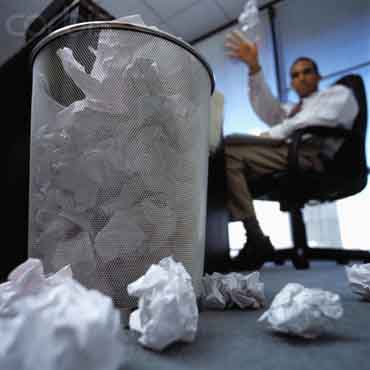 The more science you know, the less worried you are about climate change … ‘Abandon focus on sound science’, say trick-cyclists … A US government-funded survey has found that Americans with higher levels of scientific and mathematical knowledge are more sceptical regarding the dangers of climate change than their more poorly educated fellow citizens. The results of the survey are especially remarkable as it was plainly not intended to show any such thing: Rather, the researchers and trick-cyclists who carried it out were doing so from the position that the “scientific consensus” (carbon-driven global warming is ongoing and extremely dangerous) is a settled fact, and the priority is now to find some way of getting US voters to believe in the need for urgent, immediate and massive action to reduce CO2 emissions. ? Register

Free-Market Analysis: So now we learn from the Register, an IT publication, that numeracy raises skepticism about global warming. This apparently came as a shock to those who organized the study.

As global warming is a kind of hoax, this should NOT have been surprising. But charmingly, those who organized the study were apparently true believers. They were sure that if people were better educated they would come to understand the validity of climate change.

But it worked in reverse. People no doubt sensed the essential falseness of the meme, what we call a power-elite dominant social theme. These themes are cooked up to frighten middle classes into giving up more power and control to globalist elites that are trying to create world government.

Here’s some more from the article:

According to the profs, this is not because the idea of imminent carbon-driven catastrophe is perhaps a bit scientifically suspect. Rather it is because people classed as “egalitarian communitarians” (roughly speaking, left-wingers) are always highly concerned about climate change, and become slightly more so as they acquire more science and numeracy. Unfortunately, however, “hierarchical individualists” (basically, right-wingers) are quite concerned about climate change when they’re ignorant: but if they have any scientific, mathematic or technical education this causes them to become strongly sceptical.

As scientific/tech knowledge and numeracy appears to be more common among “hierarchical individualists” than among “egalitarian communitarians”, this meant that in the sample as a whole the effect of more scientific knowledge and numeracy was to increase scepticism. Given that the profs had assumed from the start that scepticism is wrong, this forced them to the conclusion that simply teaching people more science and giving them more facts and numbers is not a good idea as it will lead them into bad (sceptical) decisions.

They write: “This form of reasoning can have a highly negative impact on collective decision making … it is very harmful to collective welfare for individuals in aggregate to form beliefs this way. One aim of science communication, we submit, should be to dispel this tragedy … A communication strategy that focuses only on transmission of sound scientific information, our results suggest, is unlikely to do that. As worthwhile as it would be, simply improving the clarity of scientific information will not dispel public conflict …”

Thus it is, according to the assembled profs, that the US government should seek to fund a communication strategy on climate change which is not focused on sound scientific information.

It does not follow, however, that nothing can be done … Effective strategies include use of culturally diverse communicators, whose affinity with different communities enhances their credibility, and information-framing techniques that invest policy solutions with resonances congenial to diverse groups. Perfecting such techniques through a new science of science communication is a public good of singular importance.

This is typical of those who for one reason or another adopt and propagate the memes of the elite. The goal is not education when it comes to elite propaganda ? it is compliance.

We can see in the above excerpt that those who were advocating greater education in order to raise the acceptance of climate change are all too willing to abandon education once it is perceived that numeracy was having the “wrong” impact.

Of course, this is another dead end when it comes to the inculcation of this meme. There is a good deal of conflicting information about whether the world is warming or not. No doubt heightened numeracy brings this lack of evidence to people’s attention.

Those behind the study ? and they obviously have an agenda ? now propose other forms of mind control. But in fact, they may be facing an inexorable reality that we call the Internet Reformation.

Like the Gutenberg Press, the Internet and the information on it is changing the way people approach their world. The ability of the power elite to generate fear-based promotions is gradually dimming.

Whether it is global warming, the war on terror or even central banking, the memes simply are not so effective in the 21st century as they were in the 20th.

Conclusion: Education or the lack of it will not change this reality.