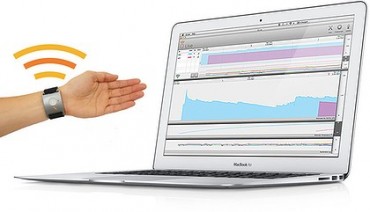 Pushing vaccines on the entire world is apparently not the only goal of the infamous Bill & Melinda Gates Foundation, which is reportedly now funding research into human tracking bracelets capable of gauging both emotional and physical responses to various stimuli. According to The Washington Post (WP), the Gates Foundation has already quietly spent more than $1 million on research into the biometric bracelets, which could forever alter the way students learn and teachers teach.

In a controversial move that was only recently brought to light, the Gates Foundation allegedly forked over about half a million dollars to South Carolina?s Clemson University late last fall, and another more than $600,000 to the National Center on Time and Learning (NCTL), a group dedicated to improving student achievement. Both grants were intended to fund test studies on the effectiveness of the ?galvanic skin response? bracelets, which assess the physiological responses of students to learning material.

The idea is that when a student, for instance, is exposed to new lesson plans from his teacher, the bracelet will detect electrical changes on his skin and inside his body which can be used to assess how well he is learning the information. The bracelet may also detect various cognitive responses in that student?s brain which indicate whether or not a particular teaching style is effectively engaging him according to his learning abilities and types. 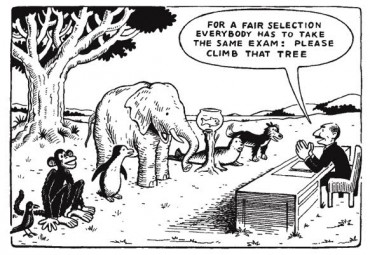 On the surface, the bracelet concept may appear as though it could actually help improve the quality of education in America. After all, what bad could come of monitoring innate emotional and cognitive responses to external stimuli for the purpose of improving the methods by which teachers educate their students?

On the other hand, tracking students in this way could open the door for an even more dehumanized approach to education. Standardized testing, numbers-based teacher assessments, and various other outcome-based educational formats have already largely eroded the human element that used to play an integral role in American education.

The bracelets could also further thwart the educational environment to cater specifically to what students want rather than what they need. Using students’ emotional responses to various learning material as a metric of how well a teacher is performing is a flawed approach that could send many quality, veteran educators packing their bags.

What is the real agenda behind tracking bracelets?

When controversy about the tracking bracelets, and particularly the Gates Foundation’s research funding, first began to arise, supporters of the technology denied that their use would affect the learning environment negatively. Deborah Veney Robinson, a Senior Communications Officer at the Gates Foundation, for instance, is quoted in a recent Forbes piece as saying that the bracelets would not be used to evaluate teacher performance, a claim made by the bracelets’ opponents.

But if they are not intended to evaluate teacher performance, then what, exactly, are they for? This is a valid question that many educators and education researchers are now asking. Surely the Gates Foundation has some type of agenda with the program that it is not fully disclosing.

“Why do they want bracelets with wireless sensors for children and teachers that can gauge physiological reactions?” asked Diane Ravitch, an education expert and Research Professor of Education at New York University (NYU), who is skeptical of the Gates Foundation’s intent with the research. “What’s the purpose of this research? I don’t understand what those bracelets are for. Still don’t.”

Based on the Gates Foundation’s other agendas, it is not too far of a stretch to assume that tracking bracelets could one day be used to weed out students or teachers that do not buy into the vaccine agenda, for instance, or those that oppose phony environmental hoaxes such as global warming. By monitoring what is being taught and how students respond to it, Big Brother could theoretically read the human mind in real time, which has some fairly disturbing implications.

How long will it be before schools begin requiring that students link up to the system via tracking bracelets so that authorities can essentially monitor and control human thought? Will the bracelets one day be modified to deliver an electric zap to students that get out of line, or that diverge from the information being taught to them? There truly is a brave, new world before us, and the Gates Foundation is helping to pave the way directly to it.

Sources for this article include: