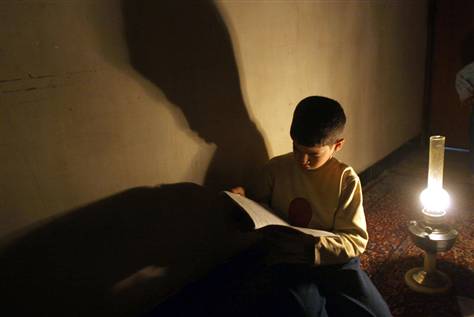 It might sound like something out of a movie, but an electromagnetic pulse could put millions in the dark and paralyze daily lives. And it’s a very real threat.

That was the exact topic at a conference Tuesday in Cumberland County. Organizers of the conference at the Army War College said there’s no better time to get prepared.

“Imagine going through a day without any automobiles or electricity or without computers or without phones. Think of living as perhaps you were in the 16th Century,” said event organizer Bill Waddell.

For many people, that’s a difficult scenario to think about, but a disaster just like it is what military, government and local community leaders are learning how to prepare for.

“You’re looking at people living without electricity for a year. It’s not hype, it’s a strong possibility. It could occur and it takes a multifaceted approach to address the planning for these,” said Carlisle Mayor Kirk Wilson.
[vsw id=”heDokQzwQ5I” source=”youtube” width=”340″ height=”275″ autoplay=”no”]
The workshop is aimed at getting the conversation going on how communities can prepare for an electromagnetic pulse caused either naturally by sunspot activity, a high-altitude nuclear explosion or during a cyber-attack.

“Cyber-weapons, cyber-issues are growing in intensity and in sophistication, and we are concerned about the possibilities of adversarial countries or groups getting involved in trying to take down our infrastructure,” said Waddell.

Organizers of the conference said conversation is an important step in becoming prepared. They added that everyone should think about getting ready.

“If you were to go without electricity for, say, a month, what kind of things would you do or what would you prepare? Would you have a stockpile of food sources? Would you have some kind of capability to just exist until things came back?” asked Waddell.