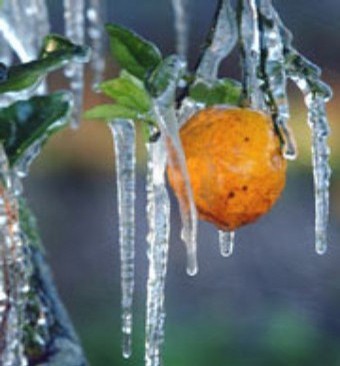 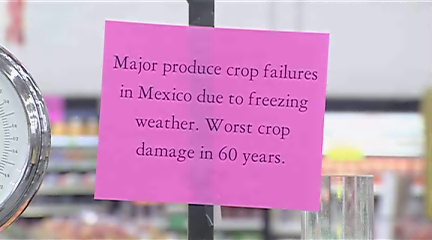 Remember the snow in Dallas on Super Bowl weekend? It was part of the worst cold spell in 60 years in Mexico and the South West.

Get ready to pay double or even triple the price for fresh produce in the coming weeks after the worst freeze in 60 years damaged and wiped out entire crops in northern Mexico and the southwestern U.S.

The problem started less than a week ago, when our nation was focusing on the Superbowl and sheets of ice falling from Texas Stadium.

Farmers throughout northern Mexico and the Southwest experienced unprecedented crop losses.  Now devastation that seemed so far away, is hitting us in the pocketbooks.

“We’ve had to double and triple some prices and consumers come in and it’s quite a shock to them,” said Rusty Peake, GM of Food4Less in Southeast Portland.

Roma tomatoes have more than doubled in price since Thursday and very soon they may not be available at all.

About the only produce not impacted by the freeze in the coming weeks are things grown right here in the Northwest like potatoes, onions and apples.

The situation is so dire, some stores can’t honor certain advertised prices, which were ordered in local newspapers long before the freeze.

“Now I’m in a tough situation where I can’t really support ads and I try to do the best I can letting the consumers know what’s going on in the markets,” said Peake.

He said this is the worst produce situation he’s seen in 25 years in the business.

The Worst Freeze In 60 Years Wipes Out Crops In Mexico And The Southwest
http://endtimeinfo.com/2011/02/the-worst-freeze-in-60-years-wipes-out-crops-in-mexico-and-the-southwest/
extreme weatherfood crisisfood riotsinflation
Previous ArticleAlgeria shuts down internet and Facebook as protest mountsNext ArticleWant Lunch? Give Us Your Fingerprints