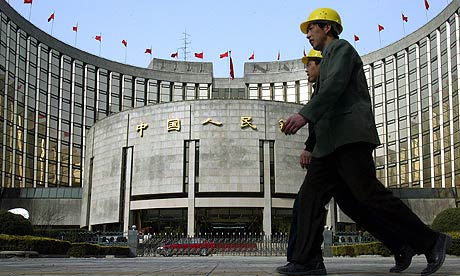 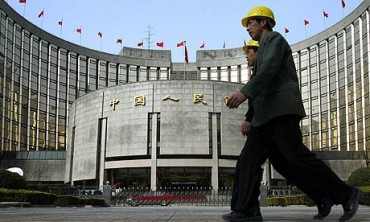 Companies’ cash is drying up, with dire consequences for their workers … Unpaid wages in China … Efforts to curb inflation in China are having some painful side-effects. A squeeze on bank lending has prompted some businesses short of cash to stop paying wages to blue-collar workers. Even the much-vaunted state sector is feeling the pinch. Work has all but ground to a halt on thousands of kilometres of railway track, and many of the network’s 6m construction workers have been complaining about not being paid for weeks or sometimes months. ? Economist

Dominant Social Theme: One thing is for sure, the Chinese communists know how to run a capitalist economy and have done a helluva lot better job than Europe or America! Something about socialism really gives people the “smarts.”

Free-Market Analysis: The editors of the Economist “newspaper” ? who never met a tin-pot dictatorship or dictator that they couldn’t find some way to praise ? have apparently “hit a wall” when it comes to China. That great hope of capitalism (Communist China) is broke and heading for a hard landing.

After singing the praises of China and its vibrant “free market” for years, the Economist editors have now run smack into reality, giving rise to this squib of a story that indicates the ChiComs are hitting the proverbial brick wall when it comes to their hyperactive and impossibly stimulated economy.

We’re not supposed to understand this, of course. It’s an elite dominant social theme, after all, that the ChiComs’ murderous command-and-control economy has much to recommend it that the West’s anarchic and “free” economies (sarcasm off) do not. Here’s some more from the article:

Migrant workers from China’s vast countryside are usually the first to suffer when employers find themselves strapped for cash. In February a revision to the criminal law made it illegal for a company to withhold salary if it had the means to pay. This has done little to protect the more than 150m rural migrants who perform most of the country’s manual labour … The $600 billion stimulus launched in 2008 is all but spent. Indeed, the central government has urged state banks to cut back on lending in order to curb inflation, which in the year to July reached a three-year high of 6.5%, before dropping to 6.1% in September.

In recent weeks a credit crisis in the eastern city of Wenzhou has led to the flight of dozens of businessmen, leaving thousands of workers at private companies unpaid. State firms are little better off. After two record years of track-laying, the problems now facing the railway-building industry are severe. The government has had a change of heart about rapidly expanding the high-speed rail network following a fatal crash of two high-speed trains in July.

But bank credit drying up has also played a big part. China Daily, an English-language newspaper, says many of the industry’s migrant workers have not been paid for months. Complaints have been growing. A senior railway official quoted in the state media said workers at China Railway Engineering Corporation, one of the country biggest civil-engineering firms, had submitted more than 2,000 petitions to the authorities since July. Another newspaper, Economic Information Daily, said wage arrears and protests by rail workers had “alarmed” top leaders in Beijing. Only a third of railway construction projects were continuing normally, it said.

The power elite had evidently and obviously hoped to contrast China’s “vibrant” quasi-controlled economy (their description) to the West’s chaotic and uncontrolled one (their description). But China appears to be unraveling faster than expected. The Chinese central bank (state owned) doesn’t seem to managing that ole “soft landing” very well.

In fact, as we’ve been pointing out for several years now, there’s not going to be a Chinese soft landing. The rotting, empty Chinese cities and shoddy, tipsy skyscrapers, profligate and corrupt Chinese central bank, entrepreneurial flight (see yesterday’s article) and rising civil violence across the country (so bad it’s not being reported formally anymore) should be red flags (no pun intended) that explain what one needs to know.

The Chinese miracle is dead. It never existed anyway, anymore than the West’s late-20th century consumer mania was a product of Anglo-American “genius.” No, the story of modern directed history is the story of elite-controlled money stimulation and central banking largess. Control tens of trillions and you can control the world. And they have. Not just in the US but in China, too.

What is “real” in China? The current state of development? Or is it Money Power? The central bank, like Western central banks, has tens of trillions to float the pretense of the Chinese Miracle. Sure, the Chinese people constitute an ancient, wise and powerful culture. But you don’t develop an entire country in 30 years. Do you?

When the bust comes ? and it is coming ? all three legs of the stool will have been knocked away. America, Europe AND China will be no longer capable of firing the cylinders of the modern central banking economy. The world will sink into the deepest depression it has ever known. Chaos and worse will sweep across the world. And what then?

Conclusion: Are the elites waiting in the wings with their next fancy project? And what will it be called? World government?

China Runs Out of Money
http://endtimeinfo.com/2011/11/china-runs-out-of-money/
central banksChinainflationworld government
Previous ArticleRussia, China Warn US Against Attacking IranNext ArticleOil at $300 or $500 per Barrel If Israel Attacks Iran