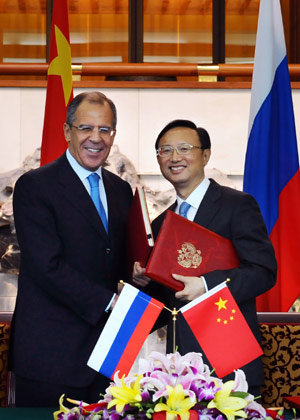 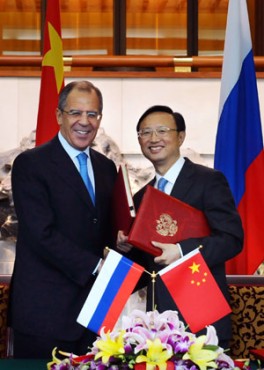 Faced with a round of threats and speculations of an impending war so shrill that it has sent oil prices soaring, Russia and China were quick today to caution the United States against launching an attack on Iran. Attacking Iran would be a ?very serious mistake fraught with unpredictable consequences,? warned Russian Foreign Minister Sergey Lavrov, while China expressed concern that the threats were harming the prospects of diplomacy.

They are just the latest in a growing chorus of nations to express concerns about starting another major war. Germany has also said they oppose such a move.

A growing number of US officials past and present have expressed a preference for launching a military attack on Iran soon, with an IAEA report alleging some vague allegations about computer simulations serving as the latest pretext.

Former U.S. Secretary of State Condoleezza Rice has weighed in to slam Iran saying the U.S. should consider even tougher penalties against the Iranian government and ‘be doing everything we can to bring it down.’

Rice told ABC’s This Week that the U.S. should never take the option of military force off the table when it comes to dealing with Iran.

Israeli officials have also been hyping the prospect of launching an attack on Iran themselves, with President Shimon Peres insisted the war was ?more likely? than any sort of diplomatic solution. Israeli military officials are said to prefer an attack before winter.