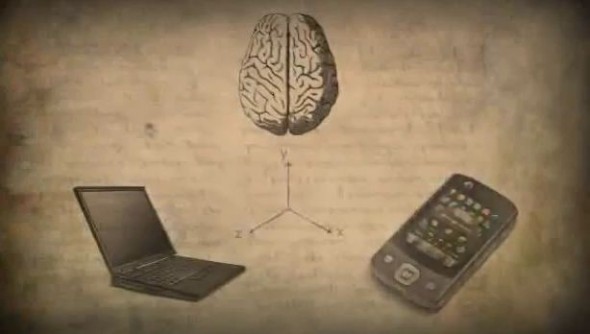 IBM predicts computers will be able to read people’s minds in the next five years.

Homes will also run off ‘people energy’ and passwords will cease to exist, according to company’s 2011 ‘5 in 5’ report 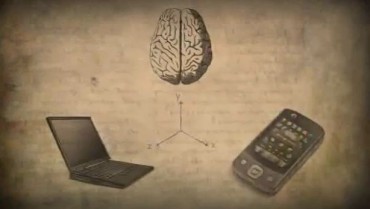 The computer giant released its ?5 in 5? list for 2011, an annual report of the biggest tech advances it plans for the next five years ? and one of those is to make a computer that can read someone?s mind.

?From Houdini to Skywalker to X-Men, mind-reading has merely been wishful thinking for science fiction fans for decades, but their wish may soon come true,? an IBM spokesperson said in a video that accompanied the report.

The company?s researchers are studying how to link a person?s brain to a device like a smartphone or laptop, ?so you would just need to think about calling someone, and it happens,? IBM says.

Also on tap are homes that run solely off ?created energy,? which comes from anything that moves.

IBM calls this concept ?people power,? and says an entire home, workplace, even a city, will eventually be able to run off of energy created by someone?s jogging motions, the pedaling of a bicycle, or the movement of water through a faucet. The company also predicts that passwords will cease to exist, too, being replaced by biometric data like retinal scans and voice files. ?Your biological makeup is the key to your individual identity, and soon it will become the key to safeguarding it,? IBM stated.

?You?ll be able to walk up to an ATM machine to withdraw money by speaking your name or looking into the camera.?

IBM also said that junk mail will become priority mail, as computers learn to better absorb a user?s likes and dislikes, and filter that into spam someone might actually read. ?Imagine your phone knowing that your favorite band is coming to town, and to put tickets on hold for you to purchase,? said IBM. ?Or that a snowstorm is about to affect your travel plans and you should reroute your plane tickets.? Within five years, the forecast will affect the entire world, IBM insists, as the current digital divide fades away, thanks to mobile technology.

?It?s cheaper to have a cell phone than [to\] open a bank account or buy a laptop, and because of this communities are able to achieve much more than they have before,? says IBM.?Members of a village could check weather reports for when to fertilize crops, or know when doctors were coming into town instead of having to wait at the crossroads.?

This year?s report marks the sixth ?5 in 5? forecast IBM has released.