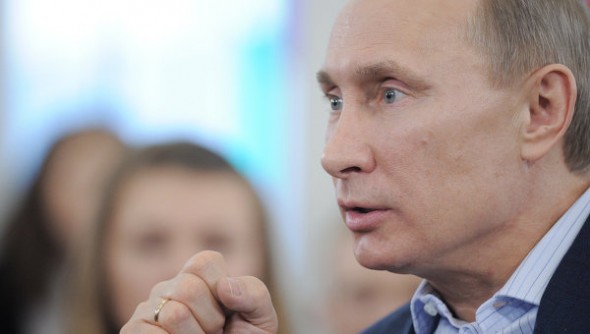 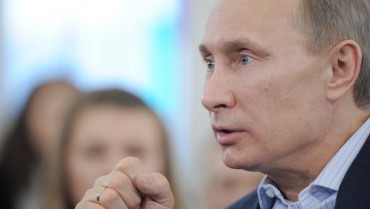 Here?s what many will not find the ?feel good? story of the day:

In an article published just before Russia?s upcoming election, Russian Prime Minister Vladimir Putin calls on eurozone leaders to consider the idea of creating what he calls a ?Union of Europe.?

As Taylor notes, there?s a certain element of ?schadenfreude? in Putin?s article, especially when he writes:

Russia is actively participating in the international effort to support the ailing European economies, and is consistently working with its partners to formulate collective decisions under the auspices of the IMF. Russia is not opposed in principle to direct financial assistance in some cases.

The Russian PM, ?with a tone of a distant if kindly uncle,? as the New York Times put it, outlines his plans for both Russia and the EU [emphasis added]:

Russia is part of the greater world whether we are talking about the economy, the spread of information or the development of culture. We do not wish to and cannot isolate ourselves?

However, we intend to be consistent in proceeding from our own interests and goals rather than decisions dictated by someone else. Russia is only respected and has its interests considered when the country is strong and stands firmly on its own feet. Russia has generally enjoyed the privilege of conducting an independent foreign policy?I am convinced that global security can only be achieved through cooperation with Russia rather than by attempts to push it into the background, weaken its geopolitical position or compromise its defenses.
?
I do not doubt that we will continue on our constructive course to enhance global security, renounce confrontation, and counter challenges like the proliferation of nuclear weapons, regional conflict and crises?We will do everything we can to see that Russia enjoys the latest achievements in scientific and technical progress and to assist our entrepreneurs in occupying their rightful place in the world market.

We will strive to ensure a new world order, one that meets current geopolitical realities, and one that develops smoothly and without unnecessary upheaval.

?Russia proposes moving toward the creation of a common economic and human space from the Atlantic to the Pacific Ocean ? a community referred by Russian experts to as ?the Union of Europe,? which will strengthen Russia?s potential and position in its economic pivot toward the ?new Asia.?
?
The crisis that has struck the eurozone cannot but affect Russia?s interests, especially if one considers that the EU is our major foreign economic and trade partner. Likewise, it is clear that the prospects of the entire global economic structure depend heavily on the state of affairs in Europe?We have a stake in ensuring a strong EU?It is in our interests to realize the enormous potential of the Russia-EU partnership.
?
I propose again that we work toward creating a harmonious community of economies from Lisbon to Vladivostok, which will, in the future, evolve into a free trade zone and even more advanced forms of economic integration.

He goes on to explain that ?free trade zones? can be realized if, among other things, eurozone leaders consider easing visa rules and agree to more cooperation in certain industries (specifically gas).

?We will Strive to Ensure a New World Order?: Vladimir Putin Outlines Plans for the EU
http://endtimeinfo.com/2012/03/%e2%80%98we-will-strive-to-ensure-a-new-world-order%e2%80%99-vladimir-putin-outlines-plans-for-the-eu/
European Unionglobal governmentRussia
Previous ArticleDetails Of Lethal Man-Made Bird Flu Will Be Made PublicNext ArticleEthicists Argue Killing Newborn Babies Should Be Allowed