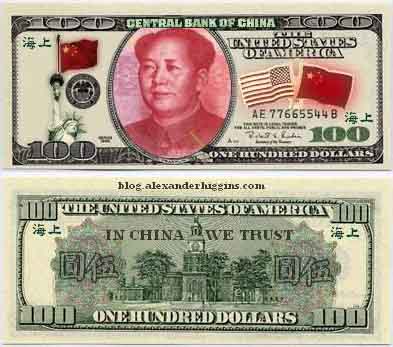 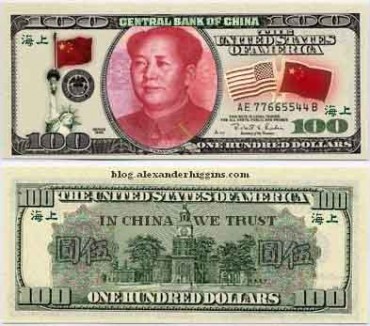 As China is expected to rise to the status of a financial super power within the next 8 years and eclipse the US economy by 2020 Africa becomes center stage in the greatest currency war the world has seen since the 1930s which is now shifting into overdrive.

Brazil, Russia, India, China and South Africa, collectively known as the BRICS nations, are moving forward with their plan to unseat the US dollar from its throne as the global trade currency and to replace it with a Chinese denominated ?super-sovereign? international currency.

This Geo-political game to establish global monetary dominance is by no means limited to the attack on the US dollar.

Instead this is merely the first strike of a concerted campaign of worldwide economic warfare that will soon follow which seeks to bring the United States and its western allies to their knees.

Ultimately the BRICS collective is staging a coup to overthrow the current global financial regime which has been dominated by the World Bank and the International Monetary Fund since the last global currency war was won at the end of World War II.

The attack comes partially in retaliation for the latest round of quantitative easing in which we witnessed the Federal Reserve deliberately printing trillions of dollars in an attempt to jump-start the U.S. economy by forcing investors back into the U.S. stock market by devaluing the US dollar.

Of course, this came with the (un)intended consequence that devaluing the U.S. dollar erased the profits that nations, such, as China would have otherwise gained from the trillions of dollars of U.S. Treasury securities they have purchased.

Nations have gone to war for far less than trillions of dollars of bad debt but at the end of the day its less about the loss of profit on an investment and more about the economic sovereignty of the BRICS nations being threatened.

The devaluation of the dollar translates into real and direct economic impacts on the economies of the BRICS nations by making their products relativity more costly and in turn harder to sell at a lower profit margin.

Clearly devaluing the dollar forces the BRICS nations to pay the tab for the economic and debt woes of the United States and Europe while destroying the economies BRICS nations in the process.

Quite frankly, the BRICS nations are pissed about all of this and China has been the most outspoken nation about it in the past.

China has already issued calls for international supervision over the US and issue demands for a single global currency due the combination of the United States debt problems and currency devaluations.

More recently attention has been placed on the escalating trade war between China and the United State as the United States lives in a glass house while throwing stones at China for being a currency manipulator.

President Obama has even hypocritically signed an executive order creating an Inter-agency Trade Enforcement center to make China play by the rules.

Then there is the recent focus on the Rare Earth Trade war.

But in the meantime very few have paid attention to Africa which has now become ground zero for the BRICS attack to take down the global banking cartel.

In South Africa the collective is pushing the Chinese currency, the renminbi, as part of a pilot program to make the currency the new standard de facto for international trade in emerging markings which they plan on turning into a single ?super-sovereign? global currency.

The hope is this new currency will strip the global financial regime it rules of its power and hence relieve the United States of its role of imposing political and economical views on the rest of the world.

Clearly the United States is well aware of this plan and has been making preparations to head off the attack for years through AFRICOM.

The is obviously apparent in the use of USAFRICOM to militarize the entire continent of Africa to fight off China?s imminent economic encroachment.

While we consider all of this, let us not forget that the currency war of the 1930s culminated into and only ended with the greatest military war ever fought ? World War II.