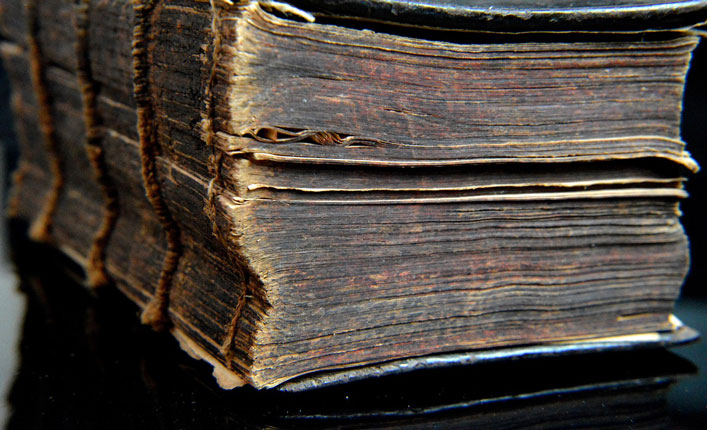 What do the Bible and “Fifty Shades of Grey” have in common? If you said nothing, sadly, you?d be wrong.

Every year, the American Library Association ?receives reports from libraries, schools, and the media on attempts to ban books in communities across the country.? The Association says it then will ?compile lists[s] of challenged books in order to inform the public about censorship efforts that affect libraries and schools.?

Not surprisingly, virtually all of the books that make the top 10 list contain explicit sex or seek to advance the homosexual and transgender lifestyle: books like ?Fifty Shades of Grey,? ?Two Boys Kissing,? ?Looking for Alaska,? and ?I Am Jazz??a transgender picture book.

What might surprise you is the book that comes in at number six on the most-challenged list. It?s the world?s all-time best-seller: the Holy Bible. The ALA says that the Bible makes the list because of its ?religious viewpoint.?

Apparently many folks find Scripture more dangerous than explicit sex. And you know what? Those who hold to a strictly materialistic and atheistic worldview probably should! And tyrants, from Roman emperors to Soviet premiers to North Korean dictators could agree with Mark Twain?s quip: ?It ain?t the parts of the Bible that I can?t understand that bother me, it?s the parts that I do understand.?

To them, the Bible is the world?s most dangerous book.

And this is why, as Bible Gateway general manager Rachel Barach told Christianity Today, ?The Bible has been criticized, challenged, and banned by individuals, groups, and governments through centuries of persecution.?

Of course, here in America, the Bible has, until recently, been a cornerstone of our culture and our national life. The famous lines from the Declaration of Independence, what Chuck Colson called our ?national creed,? were based on a distinctly scriptural worldview: ?We hold these truths to be self-evident, that all men are created equal, that they are endowed by their Creator with certain inalienable rights . . .?

And our nation?s founders, whatever their degree of Christian faith, certainly understood the importance of the Bible. Patrick Henry?who famously said, ?Give me liberty, or give me death!??not quite as famously also said, ?The Bible? is a book worth more than all the other books that were ever printed.?

Then there?s Abraham Lincoln, who stated in 1864, after receiving a Bible from a group of African-Americans in Baltimore, ?In regard to this great book, I have but to say, it is the best gift God has given to men. All the good Savior gave to the world was communicated through this book. But for it we could not know right from wrong. All things most desirable for man?s welfare, here and hereafter, are to be found portrayed in it.?

These statesmen would find it startling, to say the least, that the Bible would end up on the same list with ?50 Shades of Grey.?

At her coronation in 1953, Queen Elizabeth II was instructed, ?To keep your Majesty ever mindful of the Law and the Gospel of God as the Rule for the whole life and government of Christian princes, we present you with this Book, the most valuable thing that this world affords. Here is Wisdom; this is the Royal Law; these are the lively Oracles of God.?

So let?s understand what?s at stake here. Attempts to deny anyone?whether at a public school or in a public library?access to the lively oracles of God is not something new under the sun. But it is another sign of our culture and our nation, as Chuck would say, ?sawing off the branch we?re sitting on.?