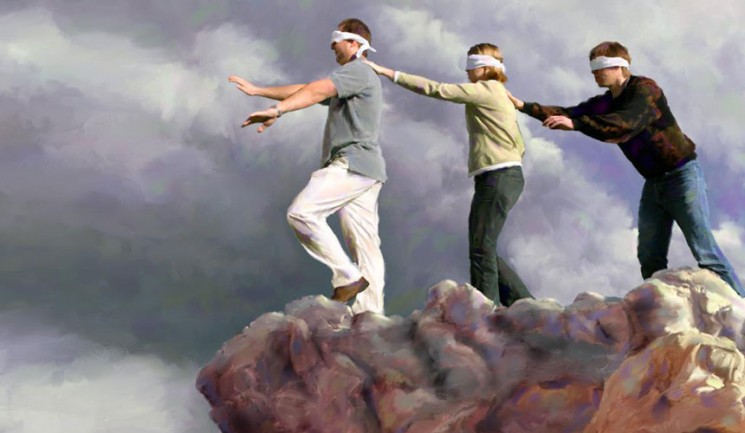 Is American culture experiencing an “end of moral absolutes?” That’s surely a question that reasonable observers will have after exploring a new study that analyses what’s happening with morals and ethics among the U.S. populace.

“Christian morality is being ushered out of American social structures and off the cultural main stage, leaving a vacuum in its place — and the broader culture is attempting to fill the void,” reads a recent report by the Barna Group.

The report reveals an intriguing — and ironic — dynamic: a population that is increasingly concerned about the state of morals and ethics, while also admitting that there is some internal uncertainty for many citizens in determining right from wrong.

When it comes to moral truth, just 35 percent of Americans surveyed believe that it is absolute, with 44 percent saying that moral truth is related to circumstances and 21 percent admitting that they had not thought much about it.

But there was a notable difference among practicing Christians, with 59 percent saying that moral truth is absolute, compared to just 22 percent of those individuals who have no faith.

Overall, respondents made their concerns over the nation’s moral standing more than clear, though. In fact, 80 percent of those surveyed expressed concern, with Christians distinguishing themselves as the most concerned (90 percent) when compared to people of other faiths (72 percent) or of those with no faith at all (67 percent).

While there’s sweeping concern over the state of morality, 57 percent of Americans said that awareness of what is right or wrong is “a matter of personal experience,” Barna reported, noting that this proportion grew to 74 percent among Millennials.

And 65 percent of Americans agreed that “every culture must determine what is acceptable morality for its people.” Despite believing that culture does play a role in setting cultural norms, there was also widespread support for biblical ideals.

A majority of Americans surveyed — 59 percent — believe that “the Bible provides us with absolute moral truths which are the same for all people in all situations, without exception.”

Read the study in its entirety here.

‘The End of Moral Absolutes?’: As ‘Christian Morality Is Being Ushered Out,’ New Study Reveals Where Americans Stand on Ethics
http://endtimeinfo.com/2016/06/the-end-of-moral-absolutes-as-christian-morality-is-being-ushered-out-new-study-reveals-where-americans-stand-on-ethics/
Christianitymoralityrelativism
Previous Article6-6-16: Satanists in Los Angeles Will Construct a Giant Pentagram to “Raise Awareness” For SatanismNext ArticleThe Internet Is Buzzing over Mel Gibson’s Plan for a “Passion of the Christ” Sequel