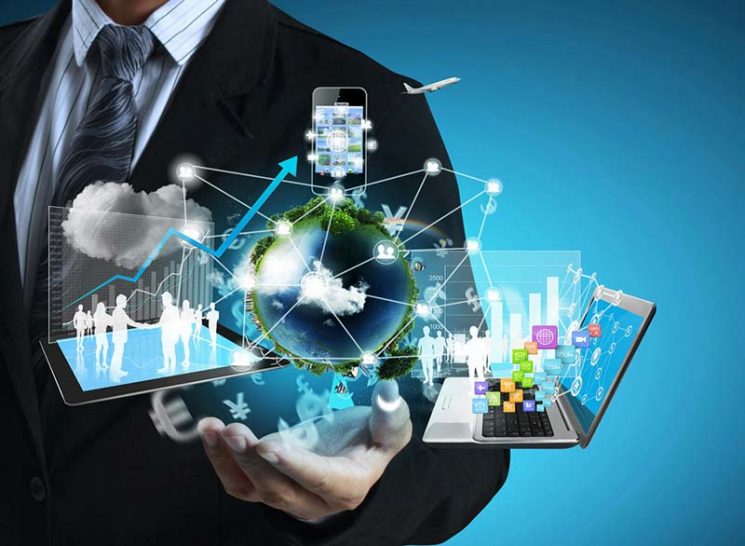 What do we know about the Antichrist, the future world dictator whose coming is foretold in the Bible? Is he living now??Probably. And what about his new world order? Is the Antichrist already working behind the scenes to bring about his plan for world economic and political domination??It seems so.

From all indications, the Antichrist?s satanic, technology-based system is already being set in place??satanic? in that the Antichrist will be Satan-possessed (Daniel 8:24; 2 Thessalonians 2:9; Revelation 13:2-4; 12:9), and ?technology based? in that he will use technology to achieve and enforce his near total control of the world and its people.

“He [the Antichrist’s right-hand man, the False Prophet] causes all, both small and great, rich and poor, free and slave, to receive a mark on [or “in”] their right hand or on [in] their foreheads, and that no one may buy or sell except one who has the mark or the name of the beast, or the number of his name.?

Imagine what the apostle John must have thought when, in about 90 AD, he saw a vision of this taking place in a futuristic world. People ever since have been baffled as to how any such universal, totalitarian economic system could be established or policed. But now the age of technology has arrived. With electronic commerce rapidly replacing cash and virtually everything that is bought and sold being identified and tracked by bar codes and RFID Chipping, it is no longer inconceivable that the financial transactions of everyone in the world could one day be monitored by a centralized agency.

Most of the technology already exists, but before the Antichrist?s plan can work, it needs to be more powerful and widespread. It stands to reason, then, that the Antichrist would get behind research and development in such fields as microchip technology, biotechnology, and the Internet.

Also, the technology is not enough in itself. The Antichrist also needs to sell the world on it. It appears that he is busy at that, too, and he is not alone. He works through others?mostly unwitting accomplices who are helping to further his agenda by developing and marketing the technology, including some of the world?s brightest minds and biggest financial powers.

A scripture that goes along with that point is Daniel 11:21b KJV:

“He shall come in peaceably, and obtain the kingdom by flatteries.”

Some versions of the Bible translate this as ?seize the kingdom by intrigue??by secret scheming or plotting. Either way, it sounds as though the Antichrist is going to rise to power through cunning salesmanship rather than solely the strong-arm tactics that the leaders of most past empires depended on.

Through the various forms of mass media, the Antichrist is doing everything he can to convince the world that these new technologies are beneficial and necessary. What he is not saying, of course, is that he will eventually use them to suit his evil purposes. Consider these developments.

This National Security Agency tool called  ?XKeyscore? collects ?nearly everything a user does on the Internet.? ? It ?gives ?widest reading? collection of online data. NSA analysts require no prior authorizations for searches.? They sweep up ?emails, social media and browsing history.? Every keystroke enters a database. NSA training materials call ?XKeyscore? its ?widest-reaching? online intelligence gathering tool. Agency officials call it their Digital Network Intelligence (DNI). It collects ?nearly everything a typical user does on the internet?. Virtually nothing escapes scrutiny.

Biometrics is the technology of collecting, processing, and storing details of a person?s physical characteristics through such means as fingerprinting, thumb scans, retina scans, hand geometry, face recognition, voice recognition, and digital macrophotography. Biometric identification has caught the interest of both governments and the commercial sector because it is far more foolproof than more primitive forms of ID, such as photo ID cards or signatures.

Will people soon pay for things by having their faces scanned at the checkout counter?  That may sound ridiculous, but according to the Daily Mail a company from Finland has already launched this technology. Bank cards are already being replaced by phones and wristbands that have payment technology built-in but the latest threat to the lowly plastic in your pocket could be your face. A Finnish startup called Uniqul has launched what it calls the first ever payment platform based on facial recognition. The system doesn?t require a wallet, bank card or phone ? instead a camera is positioned at the checkout and takes a photo of a shopper?s face when they are ready to pay. It then scans a database for the face and matches it to stored payment details in order to complete the transaction.

Do you remember the billboards in the movie ?Minority Report? that used facial recognition technology to scan faces and produce appropriate ads? A company called Amscreen already has over 6,000 digital screens that use this kind of technology.  In fact, their advertising screens are already being viewed by approximately 50 million people.

The U.K.-based company already supplies similar software to security services to help identify terrorists and criminals. The ID technology works by analyzing footage of people?s faces as they walk through a door, taking measurements to create a numerical code known as a ?face template,? and checking it against a database.

Like something straight out of Gattaca, scientists have developed iris-scanning technology to be deployed at schools, airports and banks. The software is being rolled out at some schools this year. Children will simply look into the binocular-shaped scanner, and it will ?beep if they?re on the right bus and honk if they?re on the wrong one. The technology could soon be available at banks ? ?you can gain access to an ATM in a blink? ? and airports ? ?the system will analyze your iris as you pass through security, identifying and welcoming you by name

Other data-gathering technologies help complete the assortment of information that can be collected on individuals. For example, computerized ?black boxes? are being built into cars, and location-tracking chips into cell phones and other electronic devices?innovations that consumers are being told are for their own good. Similarly, microchips are being implanted under the skin of pets for ID and tracking purposes, and pilot programs are already being done for Alzheimer?s patients and children.

Does Google Want To Put A Chip In Our Brains? Would you allow a technology company to put a chip in your brain? According to a recent article in a major UK newspaper, apparently this is exactly what executives at Google believe will happen someday. Ultimately, the co-founder Sergey Brin have asserted, the goal is to insert a chip inside your head for the most effortless search engine imaginable. A chip in the brain? Didn?t we see the potential for this new technology in book of Revelation 13:16-18? 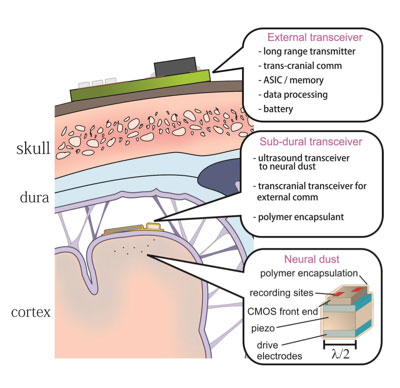 One the most startling technology is the advances in the field of nanotechnology that we have seen over the past decade have been absolutely shocking.  Some scientists are talking about actually being able to put thousands of tiny little computer chips inside our heads.  Currently it?s just a formal proposal ? but it?s another interesting glimpse into where we might be headed, bypassing clumsy literal BMI head-jacks for micro-scale interfaces that would link us, wire-free, to future gatherings of virtual information.

As amazing as these new technologies are, the Antichrist will not be able to fully set up his new world order until it?s all pulled together into an integrated network with universal standards?an obstacle that might not be an obstacle much longer. Governments and industry are setting international standards and expanding their electronic networking by sharing information, services, and technology. As more countries turn to the latest technology to help solve their particular social and economic problems, they expand the network?s reach and capabilities. The level of technological development now varies greatly from nation to nation, but the whole system could be ?online? in a relatively short time.

Proponents of these new technologies and cooperative efforts always point out the positive aspects, such as convenience, security, lower costs, and improved quality, speed, and efficiency in the delivery of goods and services. Little is said about the negative aspects of this public intrusion into what were once private personal affairs. Under the banner of science and technology, and more recently ?the war against terrorism,? the governments of the world are rushing to complete the Antichrist?s economic and political system for him?the very system the Bible warns against.

Don?t be duped into following this false messiah or receiving his mark to buy & sell! Follow the true Messiah, Jesus Christ. Then you?ll be on the right side, the winning side, when Jesus returns to put a stop to the Antichrist?s wickedness and set things right at the Battle of Armageddon (Revelation 14:9-11; 19:11-21).

The Antichrist and Technology
http://endtimeinfo.com/2011/02/the-antichrist-and-technology/
Antichristtechnology
Previous ArticleThe Rise of the AntichristNext ArticleNano Hummingbird Spy Drone Being Developed By Pentagon