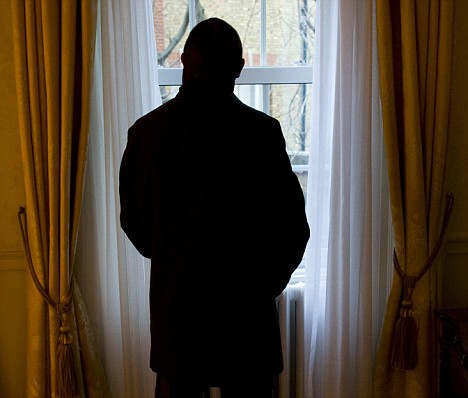 Often when I talk with someone about current events, the conversation turns to the Endtime and the rise to power of the would-be world dictator known as the Antichrist. That’s because the news often contains reports of happenings that Jesus said would be signs of His soon return, such as those listed in Matthew chapter 24. We also know that Jesus’ return will be immediately preceded by the seven-year rule of the Antichrist; therefore it can’t be long before the Antichrist arises.

Two questions that come up frequently are: “Who is the Antichrist?” and, “What is his present agenda?”

Although the Antichrist is probably living now, we don’t yet know who he is. The Bible does tell us quite a bit about him, however, so we won’t be deceived when he comes to the forefront of the international scene.

At first the Antichrist will appear to be the political superman the world has been waiting for, because he will bring about world peace and economic stability. Most people will see him as a peacemaker and a wise and winsome popular leader. “He shall enter peaceably even upon the fattest places” (Daniel 11:24 KJV) and “obtain the kingdom by flatteries” (Daniel 11:21 KJV).

But don’t be fooled! Behind this benevolent façade is a sinister goal: world domination. To achieve that end, the Antichrist will receive his power directly from the Devil, and in the end will become Devil-possessed–the Devil incarnate (Daniel 8:24; 2 Thessalonians 2:9; Revelation 13:2-4,7-8).

The Bible also tells us that the Antichrist is not working alone. Just as God works through heavenly forces and His children on earth to accomplish His purposes, the Devil works through his demons and people on earth who are under his control. So even though the Antichrist hasn’t yet taken personal control, there are many indications that the spiritual forces behind him are steadily gaining power and are busy influencing people’s thinking and actions in order to further his agenda.

Those who serve the Antichrist, either consciously or unwittingly, are lining things up for the grand entrance of this false savior. Whether it’s through economic upheavals, war, ecological disasters brought on by the mishandling of the world’s resources, or technological advances, it’s all heading in the same direction and furthering the same evil purpose: to cause chaos and the “distress of nations” (Luke 21:25) and set the stage for the Antichrist’s takeover.

Even now we can see the powers behind the Antichrist working to bring about a one-world government. One method is globalization, which many people view as a natural course of events. But it’s not happening naturally; there is a definite plan and powerful forces are behind it. For years the Antichrist’s agents in the financial sector have been destabilizing national economies one by one, then allowing them to revive, and in the process taking control behind the scenes. With the economic markets more closely linked through globalization they are now in a position to pull the plug on any or all of them at the same time.

Then, once the world is in economic ruin, the Antichrist’s agents will call for their superman, the Antichrist, to put a stop to the chaos he and his have staged. They will offer to bail out the world and thus bring about a brief period of world peace and stability.

Many of the initiatives toward a one-world government will be done under the guise of altruism, but in reality those who do the Antichrist’s bidding only do what suits their purpose, which is to gain more control. They don’t give help without some very tight strings attached, and when the time is right they will pull the strings to usher in their man, the Antichrist.

Although the immediate outlook is pretty grim, it is possible to prepare for what’s ahead by staying close to Jesus and studying and following His Word. We can also take heart in knowing that a brighter day is coming when Jesus Christ returns to rescue His children out of the Antichrist’s clutches and put an end to his reign.

Are you ready for the events of the Endtime? If not, the best way to prepare is by diligently studying God’s Word and doing what He tells you, both through His written Word and during your times of prayer when He speaks directly to your heart. Then you won’t be duped by the Antichrist. Instead, you will follow the true Savior, Jesus Christ, who will lead you straight through the troubled days ahead and on to a wonderful new life with Him in Heaven forever!