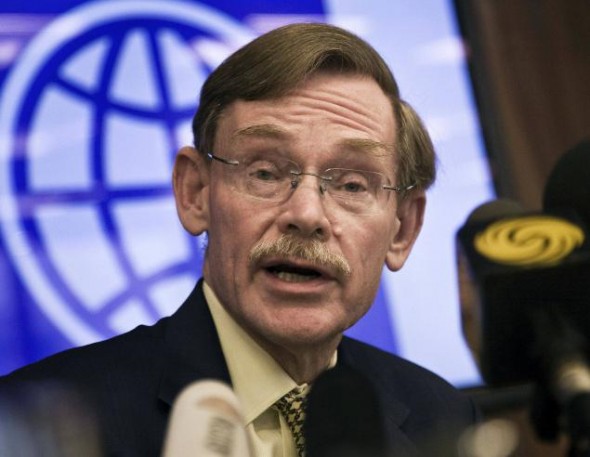 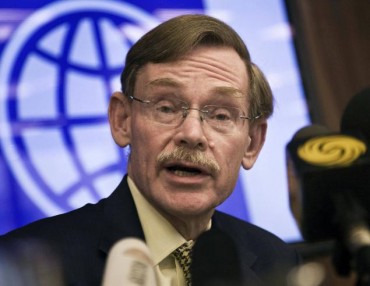 SYDNEY (Reuters) – The loss of market confidence in economic leadership in key countries like the United States and Europe coupled with a fragile economic recovery have pushed markets into a new danger zone, something that policymakers have to take seriously, the head of the World Bank said on Sunday.

Speaking at the Asia Society dinner in Sydney, Robert Zoellick also said the global economy was going through a multi-speed recovery, with developing countries now the source of growth and opportunity.

“What’s happened in the past couple of weeks is there is a convergence of some events in Europe and the United States that has led many market participants to lose confidence in economic leadership of some of the key countries,” he said.

“I think those events combined with some of the other fragilities in the nature of recovery have pushed us into a new danger zone. I don’t say those words lightly … so that policymakers recognize and take it seriously for what it is.”

Zoellick said the process of dealing with the sovereign debt problem and some of the competitive issues in the euro zone have tended to be done “a day late,” leaving markets worried that authorities may not be ahead of the problem or moving in the right direction.

“That (worry) has accumulated and so we’re moving from drama to trauma for a lot of the euro zone countries,” he said.

On the United States, Zoellick said it wasn’t fears the world’s biggest economy faced an imminent problem, but “frankly that markets are used to the United States playing a key role in the economic system and leadership.”

He said efforts to cut U.S. government spending have so far been focused on discretionary spending as opposed to the entitlement program such as social security. “Until they make an effort on those programs, there is going to be continued skepticism about dealing with long-term spending.”

Zoellick said while market confidence has been hit, the real issue was whether this will spread to business and consumer confidence, something that was still unclear.

“What is different from the world of the past is now emerging markets are sources of growth and opportunity. About half of global growth is represented by the developing world … so this is a very rapid change in a relatively short span of time in historical terms,” he added.

On China, Zoellick said the appreciation of the yuan would be constructive, especially in helping tackle the country’s inflationary pressure.

On Australia, he said the country was in a much better position than other developed countries because it undertook structural reforms. On the fiscal side, he noted Australia’s debt was only 7 percent of gross domestic product and taking advantage of its position in the Asia Pacific..