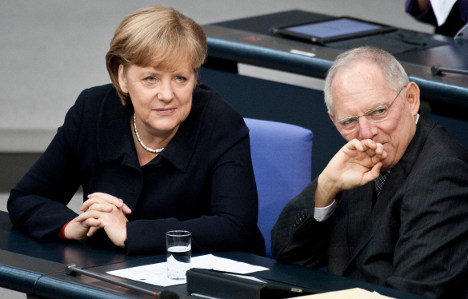 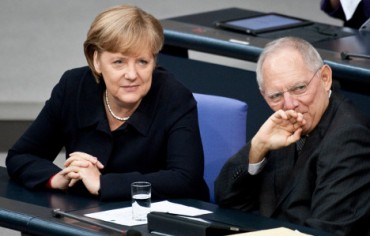 While the Second Greek Bailout may or may not be complete (depending on whether we get a credit event as a result of it), Germany can and will walk from the Euro if it needs to. This is the unforeseen black swan everyone is ignoring.

Obviously, Germany wouldn?t want to do this as it would result in Germany being blamed for the Euro failing. So thus far, ?Plan A? for Germany has been to offer bailout funds that are contingent on requirements so unpalatable that Greece or any other PIIG would likely end up preferring to walk rather than submit to them.

Case in point, before the second Greek Bailout German Finance Minister Wolfgang Schäuble proposed that Greece should postpone its April elections as part of the bailout package.

In simple terms, Schäuble is concerned that the unpopularity of the austerity measures being imposed on Greece as part of the second bailout package would lead to a ?wrong? democratic choice.

Let that last paragraph sink in for a moment; it?s so outlandish it?s hard to even comprehend. Imagine if a Chinese official suggested the US put off its elections otherwise China would dump US Treasuries en masse and you?ll see what I mean.

Understand, Schäuble is no idiot. He knows that there is no way Greece would go for this. So his comment can only be seen as an attempt to incite a Greek backlash while also winning political points in Germany.

Indeed, those who show themselves willing to play hardball with Greece have seen a huge boost in the polls (Merkel recently saw her approval ratings hit their highest levels since her re-election by doing this). Schäuble is obviously taking a page from her playbook here.

We should also take Schäuble?s statements in the context of Angela Merkel?s recent backing of Nicolas Sarkozy?s re-election campaign in France against hardened socialist François Hollande, who wants to engage in a rampant socialist mission to lower France?s retirement age, cut tax breaks to the wealthy, and break the recent new EU fiscal requirements Germany convinced 17 members of the EU to agree to.

Current polls show Hollande winning the election if it goes to a second round. The fact that Sarkozy?s re-election campaign just kicked off with an MP from his party announcing that the Nazis never deported homosexuals from France to Germany during the Holocaust (hardly a statement that boosts Sarkozy?s chances of re-election) isn?t helping.

Put another way, German leaders, particularly Merkel and Schäuble see the writing on the political wall: that both Greece and France are likely going to find themselves with new leadership that is pro-socialism, anti-austerity measures, and most certainly anti-taking orders from Germany.

Thus, Germany must be aware (as the EU, IMF, and ECB are to some degree) that it is ultimately fighting a losing battle by participating in the bailouts. Indeed, Schäuble has even gone so far as to recently call Greece a ?bottomless pit? where money is wasted (having just participated in Greek bailouts that exceed the entirety of Greece?s GDP, he does have a point here).

Schäuble?s statements have not passed unnoticed by the Greeks. Greek politicians have regularly brought up Germany?s lack of war reparations to Greece post-WWII while the Greek media has begun regularly portraying Schäuble and Angela Merkel as Nazis.

So while a ?deal? may have officially been struck for Greece, there are deep underlying tensions that could bring the EU to a crashing halt at any point.

Big picture, we must remember that Greece is just the opening act for what?s to come in Europe: Italy and Spain are waiting in the wings to take center stage as soon as the Greece bailout deal is finalized (if this happens? which remains to be seen).

Having seen how ineffective the whole ?hand over fiscal sovereignty in exchange for more, cheaper debt/ bailouts? deals have been for Greece, Spain?s already told the EU to ?shove? its budgetary requirements. This kind of political tension will be growing between EU members in the coming months as Ireland, Portugal, Spain and Italy all start showing their hands at the EU poker table.

Germany is aware of this, as well as the fact that there is no way German voters will go for bailouts of any more of the PIIGS (even if Germany, the IMF, and ECB had the funds to bail out Spain or Italy? which they don?t). This is why Germany has decided to play hardball with Greece. It?s also why Germany has put into place a contingency plan that would permit it to leave the Euro if it had to.

What is Germany?s ?Plan B?? Leave the Euro but remain in the EU (maybe).

If you don?t believe me, consider that in the last six months Germany has:

It is the second of these items (the reinstatement of the SoFFIN) that the western media and 99% of investors have missed entirely. In short, Germany has given the SoFFIN:

That is correct. Any German bank, if it so chooses, will have the option to dump its EU sovereign bonds into the SoFFIN during a Crisis.

In simple terms, Germany has put a ?480 billion firewall around its banks. It can literally pull out of the Euro any time it wants to. The question is whether its current EU power grab is successful. If it isn?t? and other EU nations refuse to play ball (like Spain has started to) then Germany could very easily leave the Euro.

This is the black swan no one is talking about. If Germany bails on the Euro, the EU will collapse. It will be Lehman Brothers times 10 if not worse.

The Black Swan NO ONE is Talking About: Germany?s ?Plan B?
http://endtimeinfo.com/2012/03/the-black-swan-no-one-is-talking-about-germany%e2%80%99s-%e2%80%9cplan-b%e2%80%9d/
EUeurozoneGermanyGreece
Previous Article‘US warns Iran: Accede or be attacked’Next ArticlePolice drones to be equipped with non-lethal weapons?