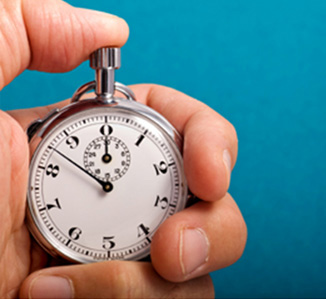 1. Signs of the times
Happenings that Jesus said would signal His return and the end of the world as we know it are taking place today (Matthew chapter 24).

3. Confirming of the covenant
The Antichrist is welcomed as a savior when he initiates a seven-year agreement, or covenant, that temporarily brings a measure of peace and security to the world (Daniel 9:27a). This signals the start of the last seven years of man’s rule on earth.

4. Breaking of the covenant
Halfway through his seven-year reign, the Antichrist breaks the covenant (Daniel 9:27b), abolishes all religious worship (Revelation 13:7-8), and declares himself God (2 Thessalonians 2:4).

5. Great tribulation
The final three and a half years of his reign is the time of greatest trouble the world has ever experienced (Matthew 24:21). The Antichrist government demands that the entire world worship the Antichrist and his “image”–which could be a computerized robot–and persecutes those who refuse (Revelation 13:11-15). A mandatory economic system is put in place, by which everyone is compelled to receive the “mark of the Beast” (Revelation 13:16-18). Meanwhile, God lets loose pestilences and plagues on the Antichrist and his followers (Revelation chapter 8; 9:1-11; 11:3-6), and God’s two special Endtime prophets lead the believers in performing miracles and defying the Antichrist, even as martyrs (Revelation 11:3,5-6; 12:11).

7. The Rapture
At the end of the final three and a half years, Jesus returns to rescue His children out of this world and they receive new immortal bodies (Matthew 24:29-31; Revelation 1:7).

8. Marriage of the Lamb
In Heaven, Jesus unites with those He rescued in the Rapture, and at the Judgment Seat of Christ rewards His faithful children with eternal “crowns of life” (Revelation 19:7-9; 2:10).

10. The Battle of Armageddon
On a plain in northern Israel, the Antichrist musters his armies for his greatest campaign against the nations that still oppose him, but Jesus and His heavenly army, including the resurrected believers from throughout the ages, return to earth to utterly destroy the Antichrist and his forces (Revelation 16:12-16; 19:11-21).

12. The Battle of Gog and Magog
At the end of the Millennium, Satan is released from the bottomless pit for a “little season” and recruits followers who form an open rebellion against Jesus and His government–a rebellion that is obliterated in the Battle of Gog and Magog . The entire surface of the earth is re-created, and the Devil, along with death and Hell, is cast into “the lake of fire” (Revelation 6:14; 2 Peter 3:10; Revelation 20:7-10; 21:1).

13. The Great White Throne judgment
The unsaved of all ages are resurrected, stand in judgment before God’s throne, are rewarded or punished according to their works, and assigned to their places in the hereafter (Revelation 20:11-13; 2 Peter 3:9; 1 Timothy 2:4; ).

14. The heavenly city and the new Earth
God’s great heavenly city descends to the re-created earth, and God and Jesus dwell in the city with the saved (Revelation chapters 21-22).