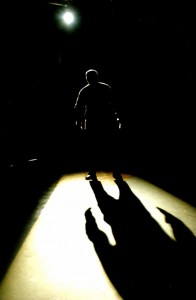 At first the Antichrist will appear to be the political superman the world has been waiting for, because he will bring about world peace and economic stability. Most people will see him as a peacemaker and a wise and winsome popular leader. “He shall enter peaceably even upon the fattest [richest] places” and “obtain the kingdom by flatteries”?or “intrigue,” as the Hebrew chalaqlaqqah is sometimes translated (Daniel 11:24,21 KJV).

But before the world will accept a one-world government and supreme leader, the world situation will have to be pretty desperate?and peace and safety don’t make people desperate. War, terrorism, economic collapse, and disasters will all help create the climate for the Antichrist’s “peaceful” takeover.

The Antichrist and his agents are working to bring chaos on the world, lining things up for the grand entrance of the false savior, the Antichrist. By capitalizing on the effects of economic, political, and natural disasters, they keep pushing things in that direction.

Why can’t someone put a stop to the suffering and war in Africa?starvation and massacres in Sudan? Somalia, the Congo (DRC), Uganda, and other places? Why does Haiti stagger from one catastrophe to the next? Why are the rich so very rich and the poor so very poor? How can nations get away with oppressing their own people or wantonly attacking other nations without consequences? Will there ever be a solution to the continual carnage in the Mideast? How can the religions of the world work together and put a stop to their followers killing each other?

Through nonstop media coverage, the people of the world are constantly confronted with these questions. And in all of these matters the nations of the world, as well as the United Nations, have proved ineffective.

When the world teeters on the edge of another global war or catastrophic economic collapse, what then? With each crisis the world population is more and more ready to scream, “Who will save us from this mess?”

When the time is right, the Antichrist will offer the solutions. “We need to come together more,” he will declare, “and I have just the plan to make it happen!”

The Asian tsunami of December 2004 was one of many signs of the End, as foretold by Jesus in His explanation of events leading up to His second coming:

“You will hear of wars and rumors of wars. See that you are not troubled; for all these things must come to pass, but the end is not yet. For nation will rise against nation, and kingdom against kingdom. And there will be famines, pestilences, and earthquakes in various places. All these are the beginning of sorrows” (Matthew 24:6-8).

“And there will be signs in the sun, in the moon, and in the stars; and on the earth distress of nations, with perplexity, the sea and the waves roaring; men’s hearts failing them from fear and the expectation of those things which are coming on the earth” (Luke 21:25-26).

Like other disasters that grab the world’s attention, the tsunami also helped to prepare the way for the Antichrist through widespread cries for better warning systems and greater monitoring of the environment. While often helpful to that end, systems are also being put into place that can accomplish dual purposes. Those who seek to unite the world under one government have no problem with using technology to more closely monitor the world, and what serves can also enslave. Little by little, the Antichrist is readying himself for the inevitable day when he will be revealed.

“Concerning the coming of our Lord Jesus Christ and our gathering together to Him, let no one deceive you by any means; for that day will not come unless the falling away comes first, and the man of sin [the Antichrist] is revealed. ? The coming of the lawless one [the Antichrist] is according to the working of Satan, with all power, signs, and lying wonders” (2 Thessalonians 2:1,3,9). 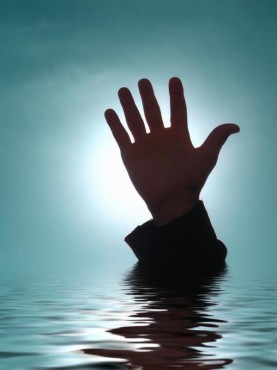 “When the transgressors have reached their fullness, a king [the Antichrist] shall arise, having fierce features, who understands sinister schemes. His power shall be mighty, but not by his own power; he shall destroy fearfully, and shall prosper and thrive; he shall destroy the mighty, and also the holy people. Through his cunning he shall cause deceit to prosper under his rule; and he shall exalt himself in his heart. He shall destroy many in their prosperity. He shall even rise against the Prince of princes [Jesus]; but he shall be broken without human means” (Daniel 8:23-25).

In the meantime, anything that causes widespread fear and concern plays into the hands of the Antichrist and his cohorts. People who believe they are about to drown will accept any lifesaver they are offered?even if it’s in the form of a world government and demigod leader.

Current events, tragic and terrifying as they may be, are all part of God’s Endtime plan, and the sooner they play out the sooner Jesus will be able to return to put an end to all suffering, sorrow, pain, and evil. Then and only then will truth and justice prevail, and then at last “the earth will be filled with the knowledge of the glory of the Lord, as the waters cover the sea” (Habakkuk 2:14).

More on The Rise of the Antichrist
http://endtimeinfo.com/2011/01/more-on-the-rise-of-the-antichrist/
Antichristeconomic collapseend time
Previous ArticleThe 70 Weeks of Daniel – UpdatedNext ArticleSecular Humanism and its Place in the Endtime